When I rewind my life, approximately 20 years back I encountered an entity in my maternal grandmothers’ village. It was my first encounter with an entity. People call entities with different names, like - Soul, Ghost, Spirit etc., That village is in banks of river Godavari. It was around 9.30 pm IST; all my family members were in a marriage and I was walking alone to my grandmother’s house. Suddenly I felt that someone was following me and when I turned back, there was nothing. After a while I felt a hand on my shoulder. I got scared and ran away to her house. 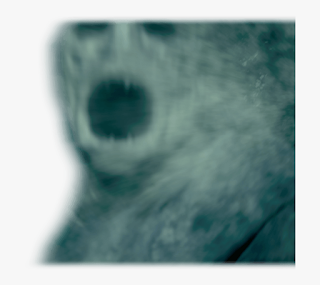 I heard many stories where people talk about seeing ghosts, hearing weird sounds etc., After 14 years from my first experience, I have encountered a similar situation but an intense one in Delhi. I used to work for a wellness company in Delhi and on top of our office building one of our watchmen used to reside. He was very friendly to me and I often used to visit his room. He used to stay there along with his nephews. His nephews used to talk to me about education and career. One of his nephews passed away in 2015 as he suffered from serious illness. One afternoon, I was not feeling well, instead of taking a leave and going home I went and rested in that guy's room. After almost half an hour I felt as if something entered into my body. I couldn't get up from that place and couldn't call anyone for help. After one hour of suffering, I got up from that place and went back to work. From that day I was behaving different, eating pattern changed, body structure changed, I have put on a lot of weight, felt lethargic and stopped talking to everyone. One night, out of rage and anger I hit my hand against the wall and had four fractures. Things were going out of hands and one fine day we all planned to visit Vasihno Devi Temple, Jammu, India. My hand was in broken state and we started our journey to Jammu. After reaching there, after facing lot of difficulties we reached the shrine. The moment I entered the temple, I started crying and there were series of reactions which were happening inside me. It was roller coaster of emotions. After drinking holy water in the temple, I felt as if something got released from my body, I felt as if I regained my original body. When I meditated over there, I had visions that I slept on the same bed, where the watchmen's nephew passed away. Later I got to know that he always wanted to visit Vaishno Devi Temple. With my visit to that temple, he might have rested in peace. Probably his soul got liberated.

After that there were series of events, which I have encountered. One of them from 2016 has changed entire direction of life. I cannot disclose it as its very near to me and it might create discomfort to the people involved in it. That entity had taught a lot of lessons and became one of my gurus in life 🙏. In 2020 one of my close friend's cousin was behaving weird, beating people and my friend asked me to do reiki (KarthikSharma Reiki Healing Center). I tried connecting with that person and did reiki. I was in a distance healing session and I went into different dimension where I started having visions of that person’s childhood, where he was playing with couple of other kids. I saw a girl child who was not playing and sad. Suddenly she gets angry and comes ferociously towards me. She screams at me saying why are you separating me and my brother. Why don't you leave him alone? Why don't my parents take me to doctor and make me healthy? Later on, when I called my friend and asked about it, he said he was not aware of any of this happened in his cousin’s childhood. Then he spoke to his parents and got to know that his cousin had a sister who passed away in her childhood as she didn't get proper treatment for her disease.

There are a lot of incidents which I had encountered in 2020. As I am a science student, I never used to believe that ghosts/spirits/entities exist. The more I encounter, the more I am getting deeper into it. Now I'm in an understanding that entities are not different from us. They are same as us but without a physical body. We also have an entity inside us. They don't have brains but they have tendencies. They are just looking for a body to get liberated. Its beyond science and spirituality. Entities are all around us, they are present in your room, in your car, in your office etc., they are everywhere. They get more attracted to people who heal others or who has higher vibrations as they feel that we can liberate them. When you start seeing everything as energy, everything is energy. Everything has energy, things which you think as non-living also has some energy in them. Like - Chair, Car, Bed, Bag, Toys etc., If you closely observe they talk to you. They communicate with you, only thing is you cannot feel it. You can only feel them when you understand energies, when you vibrate high, when you are in some occult practices. There must be some reason why I get connected to these entities, there must be some reason why people who are suffering from these entities are drawn towards me. All I can suggest is treat them with love and they will show you the way. Be friends with them and they can take you to directions which you cannot even imagine.

Not able to post many of my close encounters with the entities as its personal to people who approach me.

Popular posts from this blog

June 09, 2020
Hey, How are you doing in the Corona crisis?  Are you scared ? Are you dependent on vaccine ?  How much confident are you that even if u get Infected u will be cured ?  Do you know something called as immunity ?  And finally do you know about your body ?  Lot of questions!!! Few questions you know and few others ask you. But fact remains same. If you have observed the whole phenomenon of covid-19 or corona. Its crystal clear that if you have immunity, you will survive. So again question arises that are you doing anything about your immunity?  If your answer is yes, then what is that which you are doing and are you sure it works? If No , what's stopping you. Don't lie to your own self.  Do you want to learn an intact method or technique or skill which our ancestors used to practice and protected themselves? If its YES, ping me on 9676707526 .  Let's build an immunised world. Let's join our hands to protect ourselves.  By a Covid Warrior (in a way you would have neve
Read more

Karthik sharma
With a Master’s degree in Biotechnology from Jawaharlal Nehru Technological University (JNTU) Campus, Hyderabad, i have 7 years of experience in the wellness industry. Director of Pravara Innovatives Pvt. Ltd., I am a certified Reiki master & healer, also a member of International Association of Reiki Professionals (IARP).